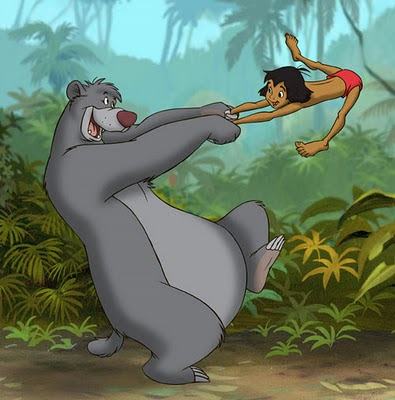 My heart sank a little when younger daughter chose "Somewhere Over the Rainbow" as her performance piece for a recent church dinner.

Oh, "Over the Rainbow" is a nifty song. I'll give you that. You can understand why it's a classic. Beautifully constructed, full of unfulfilled longing, of dreams just out of reach -- no wonder it strikes a universal chord. Furthermore, it's the gem glowing at the beginning of the best-loved children's film ever, so there's the added pull of ancient childhood memory.

I was just hoping younger daughter would pick something a little less conventional. (She does a fabulous "Mr Cellophane" from Chicago.) I was wishing this even more during the week before the dinner as the Resident Fan Boy led her through rehearsals with our karaoke machine. (Not to be too cynical, but I suspect the desired use of the karaoke machine for the party was a key reason behind the invitation for younger daughter to sing.) Every evening, she would run through it about four times which wouldn't have been so bad, but the karaoke CD we have is from the show version (as opposed to the movie version) which includes a cutesy spoken lead-in and an introductory verse which I believe Garland herself only sang once in a radio show during the Second World War.

Here's a 1960 recording of Ella Fitzgerald singing the song with the opening verse (but not, thank heaven, with the cutesy spoken part): I rather wish I'd known about this recording before; younger daughter adores Ella Fitzgerald. Anyway, she practised gamely and had the new words down pat, as we set off for the bus stop on a Sunday evening, elder daughter and I bickering over the latest Doctor Who episode. (Elder daughter thinks I'm prejudiced against Chris Chibnall and would have liked "The Hungry Earth/Cold Blood" if I hadn't known that Chibnall wrote it; I don't think so. I'd say the double episode was pretty crappy even if Chibnall hadn't written "Countrycide". But, as usual, I digress.)

Younger daughter sang well. Afterward, we asked her if she was ready to go home, but to our surprise, she wanted to stay. Mystified, I watched her body language get increasingly agitated as a small parade of brave souls tackled the limited karaoke repertoire. (The organizers failed to pick up discs from the local rental and the would-be warblers were left with the half-dozen discs we happen to have.) One brave little girl tackled "Doh, a Deer" and struggled with the unfamiliar accompaniment. Another woman decided to assay "When You're a Jet" from Leonard Bernstein's fiendishly difficult West Side Story and coped by adopting the Rex-Harrison-talk/sing approach.

Younger daughter continued to fidget fretfully.
"Would you like to do one?" we asked.
"No!" she snapped.

Elder daughter grabbed a friend and cheerfully bumbled their way through "What is This Feeling?" from Wicked (which goes like this if you're not a young woman and thus are not familiar with the song):
Younger daughter continued to grimace and behave rather like she needed to visit the washroom. Finally, she blurted out: "Aren't they going to do a Disney one?"

I hurried over to the table and made the suggestion. Elder daughter grabbed some assistants and launched into "Hakuna Matata" from The Lion King. This seemed to give younger daughter the courage she needed. She announced that she wanted to sing "The Bare Necessities" from The Jungle Book, seized the microphone, and with perfect pitch, volume, and timing, belted it out. She even danced a little.

Returning to our table in the wake of a rather astonished ovation, she informed us it was time to go home. Clearly, she'd made her point.
Wailed by Persephone at 6/08/2010 08:40:00 am 7 comments: