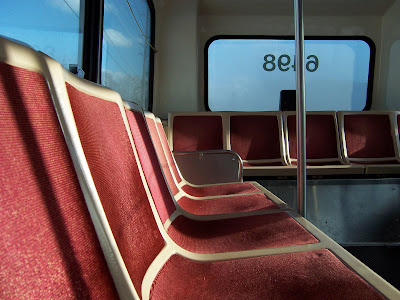 I don't enjoy riding sideways on the bus. Besides, the side seats are usually in the "priority seating" (recently renamed "courtesy seats" in one of those futile re-branding exercises), so I move back if I can.

Last week, we couldn't. It was the morning of younger daughter's speech therapy appointment which means leaving the house at 8:15 rather than 7:20, which means more people. Someone offered me a side-seat, and it seemed churlish to refuse. The Resident Fan Boy and younger daughter took seats further back.

About halfway into town, a very tall beefy young man thunked into the space between the elderly woman sitting behind the driver, and me. He spread his sizable knees and squared his broad shoulders and I found myself pushed to a forty-five degree angle away from him. I had time to catch an amused glance from the Resident Fan Boy before I noticed that Beefy Young Man was talking. The times being what they are, I thought he might have a cell phone which I wouldn't be able to see, given that I was leaning from my waist like a famous Italian tower. Then I noticed how rhythmic his words were:

Across the aisle, a teenager in a khimār gazed at BYM, her jaw dropping open. Her eyes found mine and she gave me a mischievous eyebrow flash and grin.

"What was that about?" asked the Resident Fan Boy, waiting to see younger daughter and me off at our transfer.
"Uh....I think he was rapping," I shrugged.
"Rapping or raving?"
"Well, he kept saying words like "love", so I don't think I was in danger."
"Well, no. Not unless he was saying: 'Number six, kill the white lady....Number seven, kill the white lady..."

Nearer my quad to thee 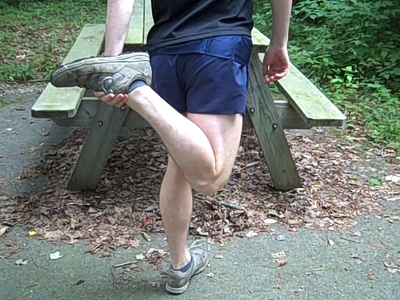 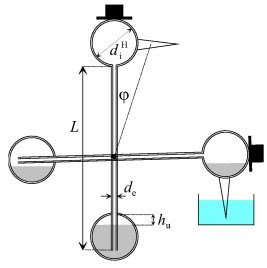 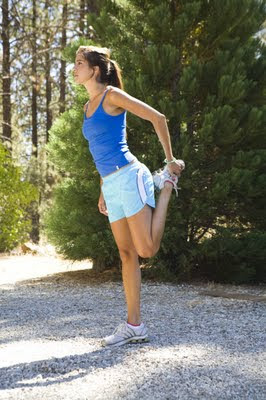 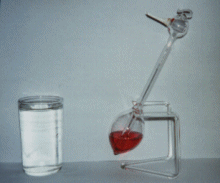 The Resident Fan Boy looked out at the pouring rain this morning and laughed mean-spiritedly.
"It's raining on all those damned runners," he said.

We learned a long time ago to avoid downtown Hades on "Race Weekend". There are several. As Ottawa (and other cities) have moved away from church-going and temple-attendance, the weekends are being taken over by the Tabernacle of the Body, and the fact that other people may actually have places to go to is swept aside along with many transit routes and streets, to accommodate Saturday and Sunday morning jocks so they can get their endorphin fix and systematically destroy their joints. It's not like they are ever going to grow old, after all.

Early in our sojourn in Hades (please, please let it be a sojourn...), we forgot about the Race and attempted to attend the Resident Fan Boy's church downtown. After realizing our mistake and managing to disentangle ourselves from the big bus detour on Mackenzie King Bridge, we tried to cut through Confederation Park on foot, struggling to make our way up Elgin Street through a maze of bodies in shorts and leggings. All doing quadricep stretches without checking behind them. It was like zigzagging amid hundreds of mechanical dipping birds; you never knew when someone's Nike-clad foot would shoot up to a casually reaching back hand. Ouch.

Wednesday is Hump Day. We all know it, that hurdle sticking up in the middle of the week that just has to be got over so we can slide down to Friday. In Hades, it's when the buses are crammed, presumably because it's the one day that everyone shows up at work or school because no one starts or finishes an illicit long weekend on a Wednesday.

We're delighted that younger daughter's voice lesson falls on Hump Day, because it's a bright beacon in the centre of her tempest-tossed week. However, this particular Wednesday, the extra legwork required had just about nailed me into the ground. The fact I'd been battling a strep throat for three days was not an asset. So I was a bit slow clambering into a back entrance of an articulated bus, and the lady hurrying behind me evidently thought I'd been waiting to hold the door for her.

I sank into a window seat and she joined me companionably.
"Crazy day," she laughed, her voice as delicate as egg shells.
I managed a reasonably friendly grimace as what felt like a razor slash somewhere in the region of my uvula began to throb painfully.
"I'm afraid I'm not very well," I began apologetically.
Her eyes widened. "You sick???" she squeaked.
I nodded, and suddenly the seat next to me was empty. Bewildered, I looked about. She was now several seats ahead in the lower section. Every few seconds she'd glance back at me, her face contorted with horror.

Feeling decidedly leprous, I got off the bus and dragged myself through the Rideau Centre en route to Shoppers' Drug Mart in search of throat lozenges. Within twenty-four hours, my throat would feel better, but I'd be struck with conjunctivitis and resemble a demented Ood for three more days. After that, I'd lose my hearing, give up and get anti-biotics. 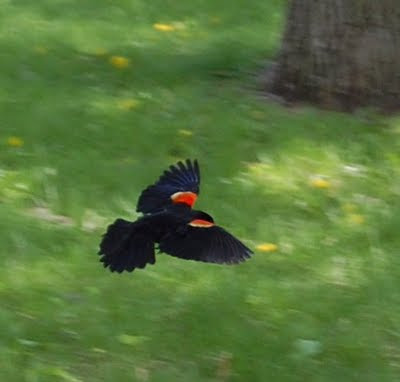 Two weeks ago, it felt like winter does in Victoria: cold, damp, temperatures below 10 degrees Celsius. Along the Ottawa River Parkway, you could only see the new green fringing the branches of the trees if the sun shone a certain way.

Last week, I saw my first red-winged blackbird of the year. On the bus, a woman tucked partially opened lilac blossoms into the ponytail of her young daughter. By the end of the week, the I got a brief whiff of lilac blowing in through the bus windows, and looking out across the river to the province of Quebec, noticed that the white and silver slivers lining the opposite bank were now chartreuse. Further beyond, the Gatineau hills were banded in alternating lime and hunter green. Vivaldi was streaming in through my ear-buds. (No, not that one. This one):

The Victoria Day weekend came, which is the first weekend when Ottawans can safely put out their bedding plants. Thousands ignore this fact, to their detriment and disappointment. Black-thumbed persons such as myself spent the weekend ferrying the winter clothes into the basement and retrieving summer-weight cottons from bins.

When I stepped out onto the pavement last Tuesday, the spring green had vanished, replaced already by the colour of an Ottawan summer which can best be described as...sigh...office green. The air is heavy with moisture and the now inescapable stench of lilac. So begins the four-month summer, to be followed by three weeks of autumn, six months of winter and (if we're paying attention) two weeks of spring.
Wailed by Persephone at 5/26/2011 03:58:00 pm 2 comments: